Riding on super twisty roads in the south of Spain, with thanks to the European Union!

The motorcyclists who have already ridden in Spain and Andalusia are often surprised by the great infrastructure with new asphalted roads.

In recent years, a great deal of money has been invested in the beautiful road network in Spain. One moment you think you have arrived on a circuit (tight asphalt with nice reliable curves) and the next moment you are winding along an abyss with the white mountain villages below you. 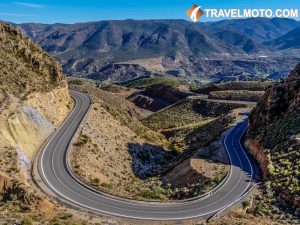 That is what we have to offer in the south of Spain, Andalusia is one of the most beautiful and popular areas for motorcyclists. If you have ever been here, we are sure it will not be the last time, Andalusia is very addictive and not only because of its varied nature but above all because of its infrastructure and its well-paved tight steering roads. Apart from the quality of the roads and the beautiful nature, it is also very quiet on the roads, it will certainly not be the first time that we take miles of bends and often do not encounter any traffic.

Who pays for all these new paved roads?

In principle, the EU has a large fund to distribute with subsidies in all EU countries to renew, expand and/or develop infrastructure. After all, mobility also means economics. European funds and the aid the region has received since 1986 have been reduced by almost half. Andalusia is no longer an Objective 1 region, as it is now three points above the 75% per capita prosperity level of the EU average. This grant is significantly less than what Andalusia has always received, but you can also see previous investments in the road network that is already in place. 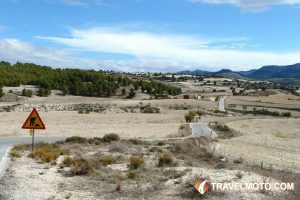 Spain has more to offer than just sun, sea and beach.

The immense hinterland is worth a voyage of discovery. And what better way to do this than on a motorbike? Sometimes it seems as if Spain has been designed especially for adventurous motorcyclists. Through hairpin bends, you will drive from one breathtaking village through beautifully coloured mountain ranges to the next traditional-looking village, in between enjoying the paradisiacal splendour. But not only the winding roads lend themselves to motor adventure, also the Mesetas (tables) are not to be missed, these are the plains situated between the mountain ranges that lie from East to West through the Spanish country where you can zigzag down unexpectedly and enjoy the overwhelming panoramas. 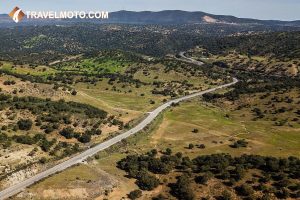 At the end of November a week of biking in Spain, phone call to Travelmoto and everything is arranged. Picked up from the airport and a hotel in the neighbourhood and above all 2 good bikes. For myself the great Yamaha FJR1300, which I have had my eye on for a long time and this is of course an ideal way to try it out, and for my buddy Patrick a Yamaha Tracer900 to change bikes once in a while, perfect! TomTom on the bike and just to be sure a Michelin map with beautiful routes and with the tips of Travelmoto and Jacques we could leave.

Through the coast and its mountain ranges, it is a succession of national parks that brought us to the north and Portugal, great! Through the region of Extramedura with its through roads to Portugal and its famous Sierra Estrella. The next day back at the level of Madrid and then through vast natural parks with no one on the road and above all a super road back to Andalusia.

What an experience: the difference in landscape, the hospitality, great weather, lots of terraces and in the evening eating tapas in the local bar or restaurant, what more could you want! I have been to the Dolomites more than 10 times but this is really a class higher. In short, contact Jacques and feel a bit of an adventurer and swoon just like us all winter.

See you again Patrick and Ruud 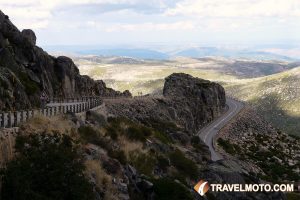 We travelled to Jac van Travelmoto Spain last October. Why? Because as far as we are concerned Andalusia is the most beautiful motorbike location in Europe. Super tarmac roads, beautiful varied nature and especially very little traffic. From starting point Torremolinos Jac knows again to spoil with beautiful routes through the pre-programmed navigation, which are concluded with often very romantic authentic nights where it is also good food. We have made these 4/5 day trips several times now / every time well taken care of from start to finish. The rental motorbikes (all cc classes and types) are in new condition and support is always 1 phone call away.

And last but not least, Jac speaks his languages, which makes correspondence and communication a lot easier. We absolutely recommend Travelmoto Spain, if you are looking after a top and not unimportant… looking for an affordable motorbike holiday in Andalusia. We will come back regularly. Jac thanks again for this unforgettable trip.

Greetings from Ron and Dominique 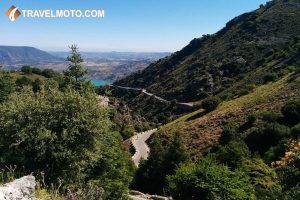 The advantage of living and living in the south of Spain Andalusia is that we discover like no other the roads and especially the lesser known roads that we want to include in our tours. For that reason we are able to offer a completely unique and personal programme with motorbike routes that will let you discover and experience another Andalucia on your motorbike. 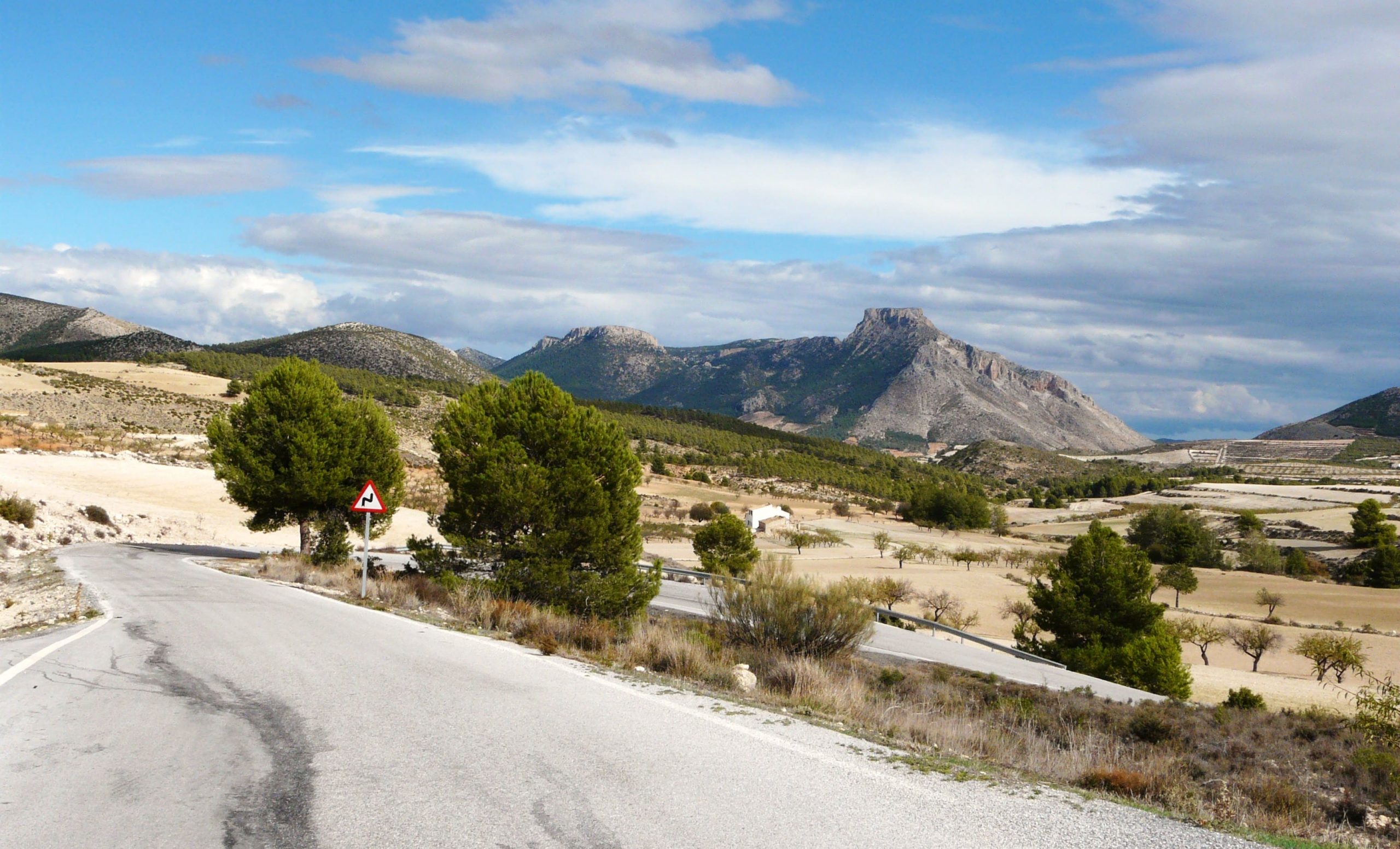 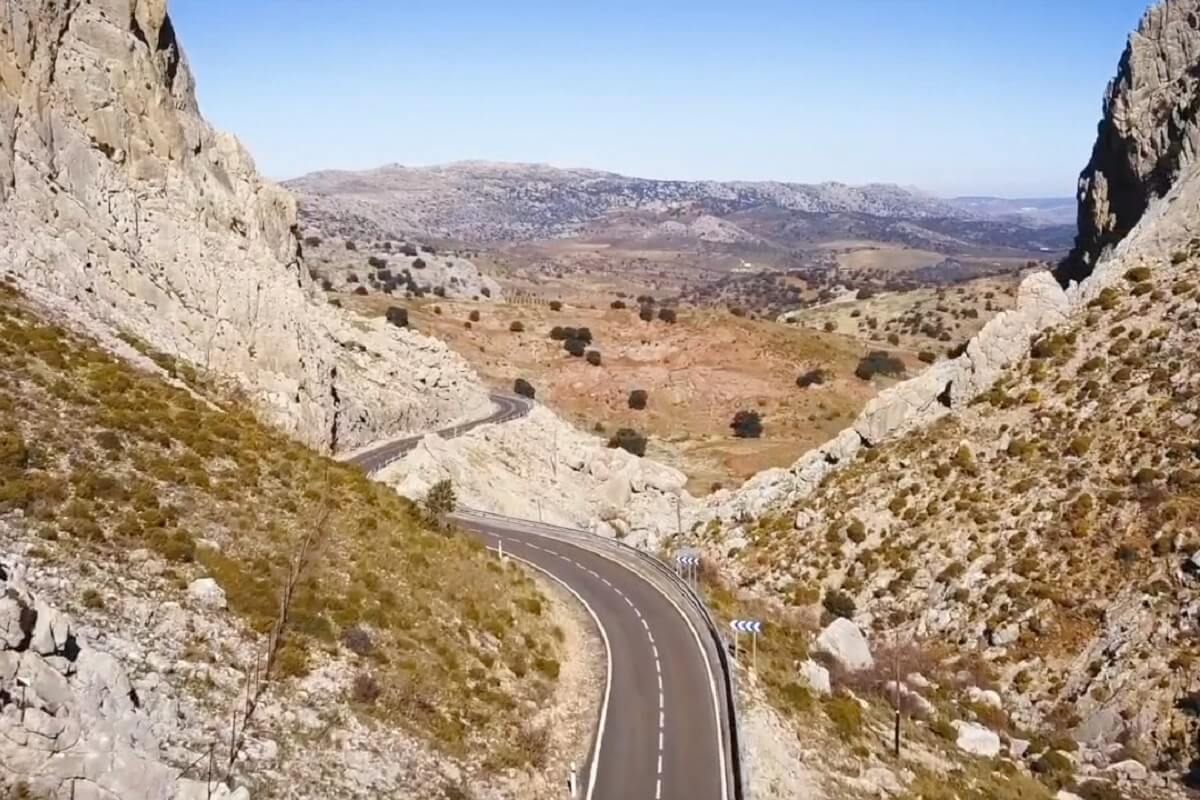 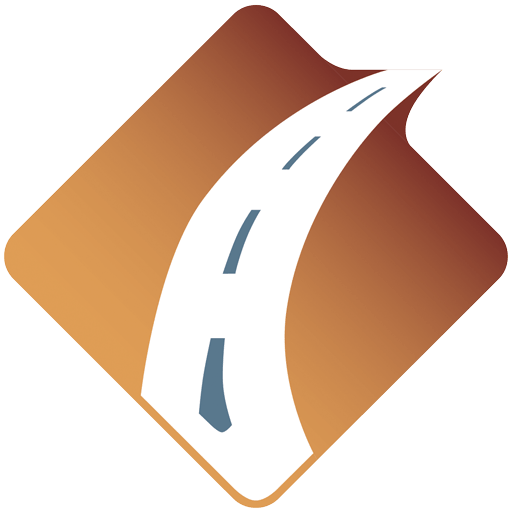